Time for Celebrating with ClassDoJo Points

September was a great month for students and their ClassDoJo Points. At the beginning of September, students voted on the number of points they would achieve through ClassDojo. With a full consensus, the goal was set at 300 points. The points were given based on criteria set by Ms. Smith. Some of the criteria were as followed: Participation, Helping Others, Working Hard, On Task, and Wearing a Mask Properly, just to name a few. At the end of a full month, students were able to celebrate their achievement. As a class, Ms. Smith provided Apple Cider and Cinnamon Sugar Donuts from Avon Donuts in Pontiac, Michigan. After students enjoyed their donuts, they were able to participate in hands-on STEM activities. Ms. Smith stated, "It was a nice change of pace to see the students engaged in making cars and motorcycles from K'nex." 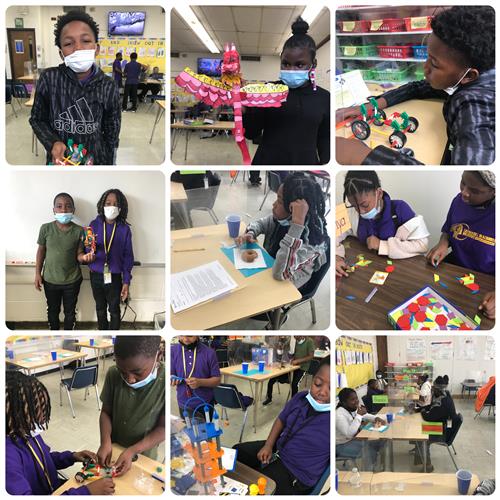