Civil Rights Activist, Jesse Jackson dropped by Martin Luther King Jr. Senior High School to share his philosophy and experiences; encouraging the King Crusader students to believe in themselves, know they are somebody, and continue to strive for excellence! Rev. Jackson was mentored by and worked closely with Dr. Martin Luther King, Jr.. He was a candidate for the Democratic presidential nomination in 1984 and 1988 and served as a shadow U.S. Senator for the District of Columbia from 1991 to 1997. 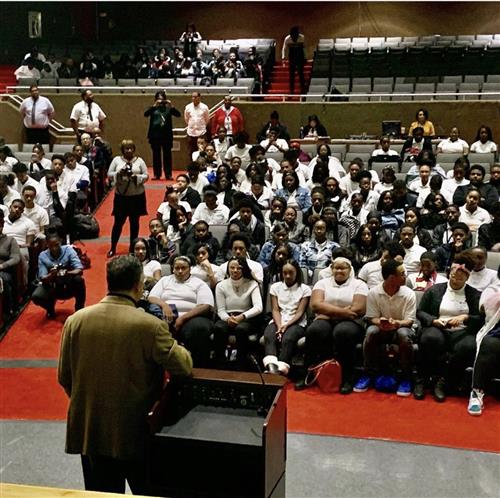 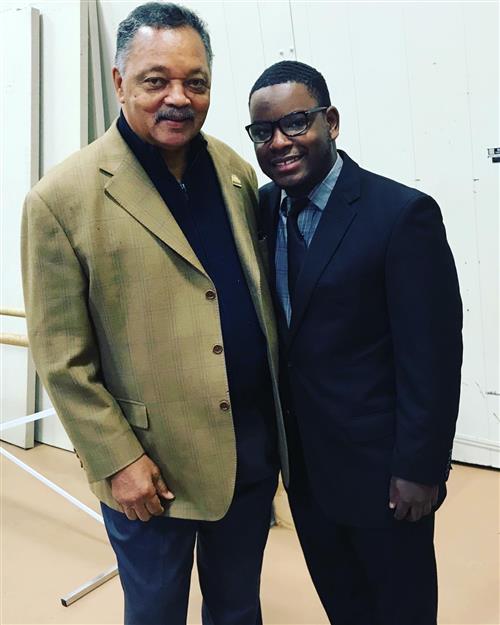